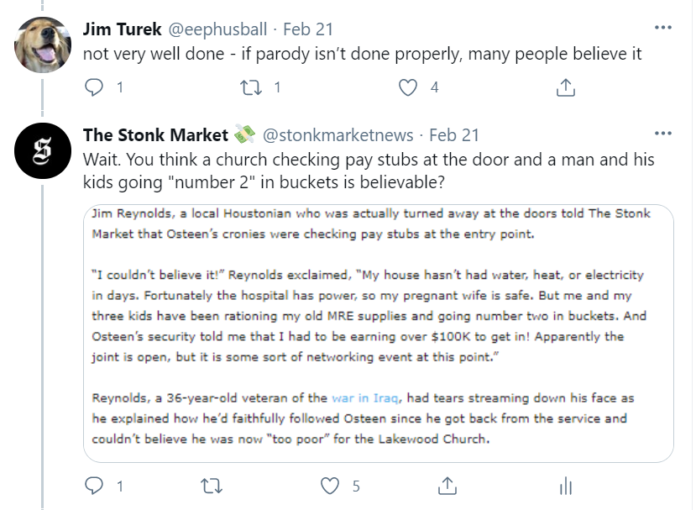 In the past few years, the scientists at the Max Planck Institute for Human Development in Germany have been leading the charge in exploring the depths of human cognitive ability.

Over that time they have studied tens of thousands of people, both wonderfully intelligent and frustratingly dense—so it came as a surprise that one of the group’s lead researchers, Cambridge neuroscientist Rogier Kievit, told The Scientific American that he had discovered the world’s single-most brilliant individual.

“It is really breathtaking,” Kievit said in between sips of the whiskey that he explained was helping him cope with stumbling upon a level of brilliance that caused him to question everything he knew. “I have spent my entire career studying human intelligence with the world’s brightest minds—but this is like something I have never seen before. People worry that A.I. will take over the human race, but that threat pales in comparison when you consider what Jim Turek, a.k.a @eephusball is capable of.”

The discovery came when Kievit was scrolling through the comment section for a delightfully written Stonk Market article. After glazing over a few brainless replies from people who clearly hadn’t bothered to click on the link, he nearly wrecked his drawers digesting Turek’s other worldly analysis.

not very well done – if parody isn’t done properly, many people believe it

“The man… he was completely unphased by the writing. I… I just couldn’t believe it,” Kievit gushed.

Kievit did however think it was curious that even though Turek was smart enough to reinvent and redefine satire, he was puzzled by the notion of digital pay stubs despite seemingly being aware of the fact that everyone is paid online.

They do say that the world’s smartest people have puzzling gaps in their knowledge.