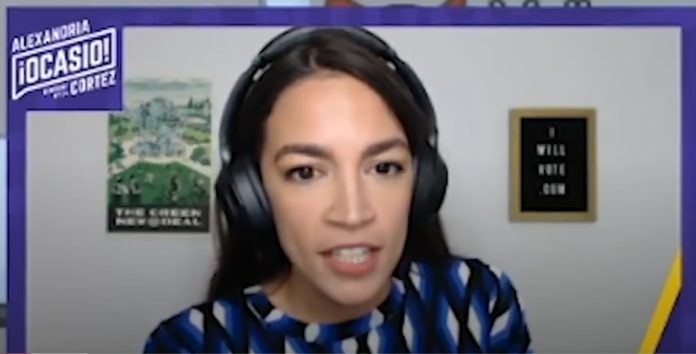 A few weeks ago, before the election, Alexandria Ocasio-Cortez (“AOC”) streamed the game ‘Among us’ along with other super popular Twitch streamers. It proved to be a huge success garnishing over more than half a million views from her end and another half a million more collectively from the other streamers. All in attempt to have people vote for Joe Biden and Democratic before or on November 3rd.

Unable to witness or comprehend as to why their own party lost seats in the House of Representatives in big numbers and were also pathetically unable to sweep the Senate, even after the live stream. Upset AOC threw a fit a whined like a toddler and threaten to leave politics entirely.

Claiming that her own party was essentially shooting themselves in the foot failing to swing the vote blue. All while not being self-aware of her idiotic policies she sponsors or supports herself that turn voters away from the left, but that is a level of self-awareness AOC will achieve another day.

When asked by the interviewer what she will do if she does quit politics, she simply replied with “start streaming on Twitch full time, I ended the night with over half a million views, if only 20% of those suckers all donated $1 that’s $100,000 in donations, this streaming crap is easy and my earning potential is endless” she then takes back the negative rhetoric towards the super-rich and preached how conservative tax policies are the way to go as she becomes a millionaire streaming.

AOC also adds that “$1 is just the bare minimum, imagine if they begin to donate in large sums of money… I’ll be the same thing I once swore to destroy because I had no avenue of getting there, a billionaire.”