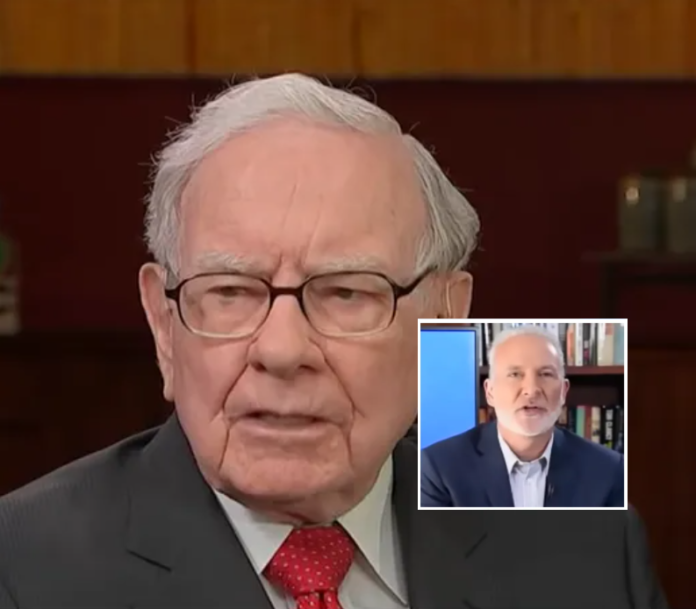 Investors and financial commentators alike were shocked when an extraordinary report from researchers The Stonk Market that revealed @Peterschiff, a popular follow on twitter turned crypto lightning rod, is not actually run by the Peter Schiff, but instead by Warren Buffett himself.

The supposed founder of Euro Pacific Capital, who got his start as a stock broker at Shearson Lehman Brothers sold his identity to Berkshire Hathaway in 1996 for a lifetime $10 million per year contract.

Despite mediocre results, Schiff had developed a reputation in the industry for being outspoken and shameless—and Buffett saw him as a mouthpiece for hire. A unique opportunity to manipulate the market in a whole new way for Berkshire Hathaway.

Over the years, Berkshire Hathaway has used Schiff in a variety of ways. First to pump their investments, but once the public sentiment on him shifted, they have developed a new strategy, “Gasoline & Fade.” They purchased short positions on certain holdings, then instructed Schiff to ramp up his touting nearly ten-fold, knowing the public would be quick to sell off anything he pumped.

The numbers are not officially confirmed, but according to leaks from within the organization, “Gasoline & Fade” has produced a 289-percent annualized rate of return since it was implemented in 1996—and its effectiveness has only increased with the advent of social media.

When reached for contact, a spokesperson for Berkshire Hathaway told us they had no comment on the allegations.