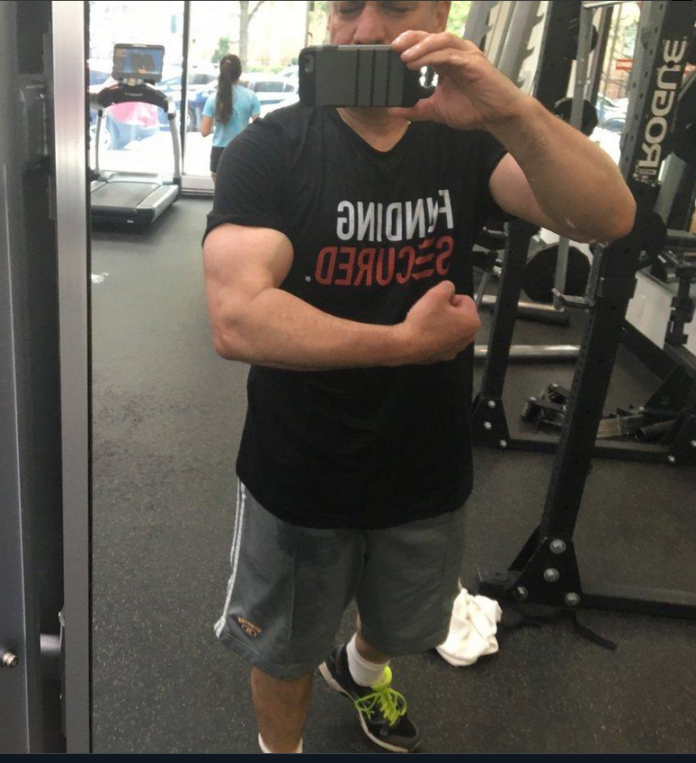 “I saw this kid or chef or whatever making the meatballs wrong. I tried to help him by giving him my opinion of a proper meatball. I said to him here’s the thing: don’t overseason. People mess it up â€” I’ve noticed this with non-Italians making meatballs: too much oregano, way too much salt, and too much garlic. Those three things.”

The chef didn’t appreciate Gasparino’s suggestion and responded with “OK Boomer.” That angered Gasparino who ended up confronting the chef. “I told this kid I have been in 127 bar fights and am 127-0. I asked if he wanted to try me. I could tell I would have killed this kid so I just roughed him up a little bit.”

After the confrontation, Gasparino went back to his bar stool and ordered a Martini. The bartender, James Swedesford, started making the Martini, but not to Gasparino’s liking. “All I said was I have the Martini making down to a science now. A lot of ice. I use Ketel One. I squeeze a lemon in it. Sometimes I’ll squeeze a lime and a lemon, depending on how I feel. And then I’ll take the cap, for vermouth, and I’ll just fill it with a little less than a quarter of a cap of vermouth. Then I’ll chop the ice with a spoon. He was doing it completely wrong.”

Swedesford responded with “OK Boomer” to Mr. Gasparino. “I punched him in the face and left. If the police want to charge me then so be it but I am a regular there and no one wants to press charges.”

This story is developing.