The Stonk Market
Home Business Charlottesville’s Statue of Robert E. Lee Will be Melted Down into Bullets... 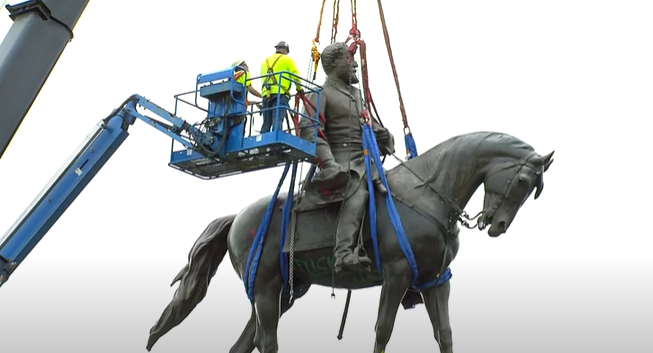 The Robert E. Lee statue in Charlottesville Virginia will be taken down after many protesters demanded it’s removal. Debate of the statue’s removal has been a talk amongst many residents after a Neo Nazi rally took place near the statue. Many have been anticipating the removal of the statue and see it as a new beginning.

Governor Ralph Northam stated that he wants the statue to be turned into something useful. He passed a bill that allowed the statue to be melted into bullets for the underfunded police force. Many in the community are extremely excited about the decision while others are outraged that the police force is obtaining bullets from a statue represented by hate. When Ralph Northam was asked about the bullets he said, “whatever dude suck it”.