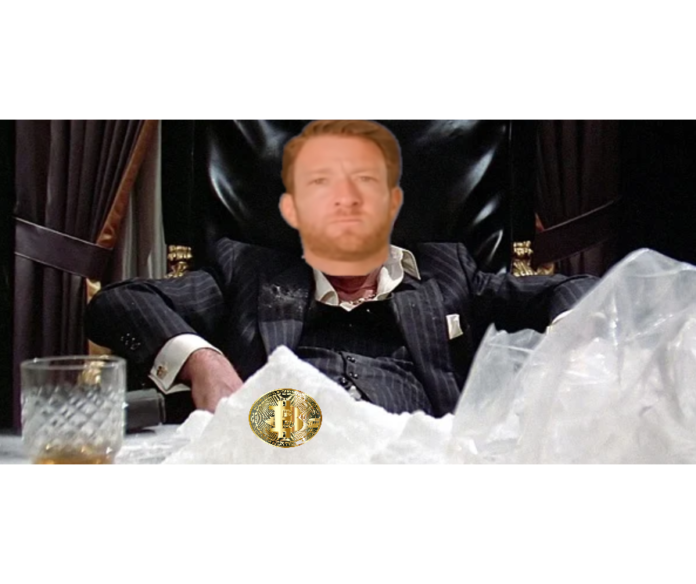 On a Barstool Sports livestream this Thursday, company President Dave Portnoy denounced the popular cryptocurrency Bitcoin after countless Twitter users mocked Portnoy’s gross mismanagement of his crypto portfolio. In a shocking move, he then announced the launch of his own cryptocurrency, BlowCoin.

“Bitcoin is garbage!” Portnoy screamed into his webcam. “The future is BlowCoin!”

The “revolutionary crypto,” as Portnoy put it, is based on the price of a gram of the popular recreational stimulant, cocaine. While cocaine remains illegal in most of the world, it is still a highly profitable, international industry. According to the UN, cocaine accounts for over $100 Billion in drug sales around the world annually.

“I’ve dabbled in the yayo for a long time, and let me tell you, the price of that has never gone down! And it’s not gonna happen any time soon!” Portnoy pontificated. “Bitcoin is the most volatile currency on the planet. BlowCoin will be stable as a rock of Cartagena white!”

Portnoy says that BlowCoin will be ready for release when he finalizes an agreement with the Cali cartel.

“We wanted to make sure we were in bed with the right people here—and frankly I’ve been inspired by their business practices. When I say, ‘heads will roll’ around the Barstool office—people need to know I’m serious.”

Once BlowCoin is live, it will be available through Coinbase as well as through your local dealer.

“The dealer option is a great way to invest in your community, we’ll be offering a very robust commission rate for dealers,” Portnoy explained, “and in these times you’ll really be helping out your local scene. Won’t be dealing with crooks like those Robinhood fucks.”

So, will Portnoy’s cryptocurrency have capture rate its backing has? Only time will tell.