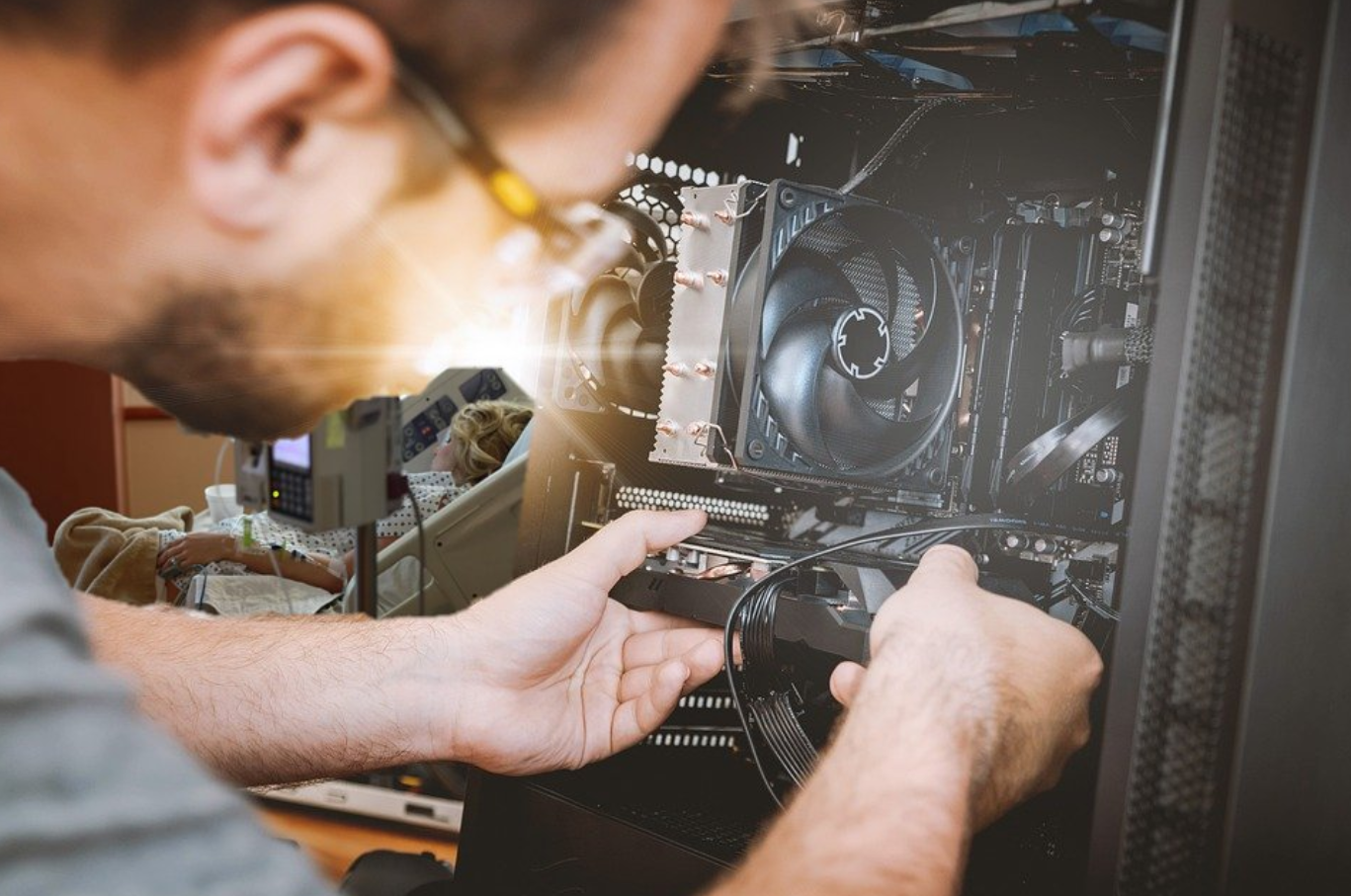 JACKSONVILLE, FL – Florida native James DeMarco was blasted on twitter and other social media Tuesday after posting an update where he stated he was unplugging his wife’s kidney dialysis machine to plug in computer mining rigs for the purposes of acquiring Dogecoin. DeMarco stated that the outlet was the only one left in the house capable of supplying the 20 amperes necessary to run the rigs and that “his wife didn’t really mind.”

The post was not the first of DeMarco’s to go viral. In late 2020, the 42-year-old Jacksonville resident was caught on video trying to jump a dirt bike over a flaming pile of Mountain Dew boxes, when he caught fire and fell into a nearby drainage ditch. The video was shared over 100,000 times on Tok-tok and was recently minted into a NFT which sold for $35,000 on Rarible.

His post about unplugging his wife’s dialysis machine however drew far more negative responses than his Tok-tok video.

“This is just sick, my heart weeps for your wife” said one twitter user @BitCoinButtPlug. “How can you possibly think Dogecoin has a future!”

“Are you kidding me?” said another twitter user @I_Lick_Vitalik. “Dogecoin is a joke people, why are you buying this nonsense?”

“That poor woman. He’s investing all this time and money into a memecoin that will be worthless in a year,” said @Elons_Musk.

DeMarco’s wife posted a follow up video message, pleading with the internet mob to give her husband a break from the criticisms.

“I think you all should know, James is a good man,” the video starts. “He doesn’t realize that I need this machine to live. He thinks it’s just another way for me to keep drinking my Cactus Cooler. Let him get his internet magic money, it’s the only job he’s had in the last five years.”

Dogecoin has jumped over 1000% in the last few weeks making many cryptocurrency entrepreneurs look for new ways to cash in on the popular memecoin. The fact that the creator has called the project a disgrace and there is no use case for the coin has not appeared to slow down the growing wave of self-described “shitcoiners” like DeMarco.