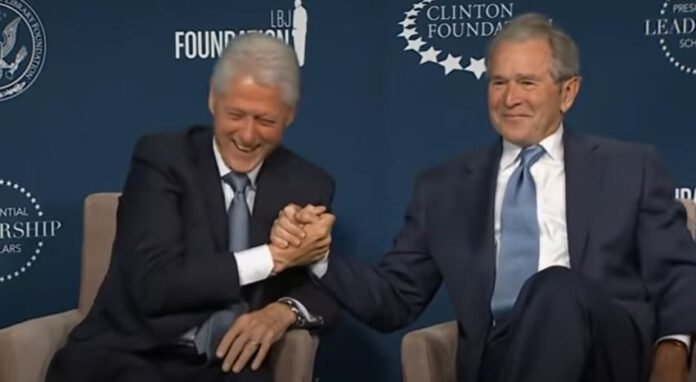 CRAWFORD, Texas – Former President George W. Bush lets out a slight laugh as he views his Twitter timeline on his burner watching hundreds of people argue whether Trump or Biden are to blame for the disaster in the Middle East.

“Bush actually did a lot to protect the people of the Middle East.” Bush responded to one liberal on Twitter from his burner, before being told to fuck off and eat shit.

But this doesn’t bother Bush, Bush has avoided criticism his whole life by being that silly little moderate Republican who retired at paints and hangs out with Obama.