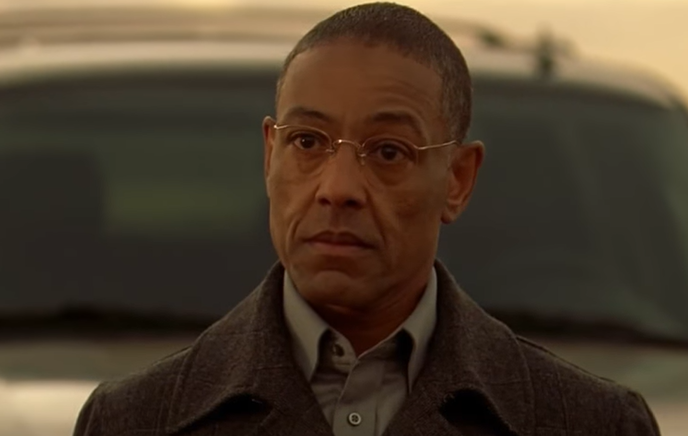 WALTHAM, MA – Three-time Emmy nominee, Giancarlo Esposito, was voted in Tuesday as President and CEO of the third largest U.S. aerospace and defense contractor, Raytheon Technologies (NYSE: RTX). The move comes following a dismal year for the defense industry, a sector that still has not recovered from the initial shockwaves of COVID-19.

“The board heard loud and clear from company stakeholders that the new Raytheon needs ruthless leadership, disturbingly calm demeanor, and a tinge of sociopathy. With the addition of the actor who played Gus Fring, Stan Edgar, and Moff Gideon we got all three.” Cannon then delved into the many exploits of each villain played by Esposito, drawing parallels to the challenges that await him once he formally takes up the role of CEO.

“I am first and foremost, a purveyor of business,” Esposito said in prepared remarks that could best be described as a monologue, “and I investigate everyone with whom I do business. As such, I provide this assurance to our shareholders: we will forsake the impetuous actions of our forebearers, and we will reclaim market control.”

Defense industry analysts were taken aback but not altogether surprised by the move. The general assessment among members of the industry is that what Esposito lacks in executive leadership experience he more than makes up for in ominous stage presence. In some market segments, this quality is viewed negatively by shareholders (see Facebook), but in the defense industry, it can be a gold mine.

“Shareholders are tired of these defense guys losing sight of why they are in business,” said Merrill Lynch securities analyst Jacob Bombington. “I mean Jesus, Lockheed-Martin has a sustainability initiative now. Boeing is issuing public apologies in every quarterly report. What Raytheon’s board did was give the struggling military industrial complex a new start, one that is sure to go off with a bang.”

Investors seemed to agree with analysts’ assessments, running the stock up 16.2% before it settled back to just above 14% by market close. If Esposito is able to replicate his characters’ historical performances, he should be able to quickly bring Raytheon back from the brink through meticulous organizational leadership and, when necessary, steel-nerved cut-throat measures.

“The defense industry is simple,” Esposito continued prior to the Q&A, pulling his glasses off deliberately, wiping them clean, then replacing them. “There are four basic parts: the engine, the wings, the guidance, and the explosive. We must marshal our firm as we ask our customers to marshal our product. Our engine must be guided, with our wings providing adequate stability. Then, and only then, may we allow our share price to… explode.”

When asked how the incoming Biden administration may change the calculus for government defense contractors, Esposito enigmatically responded, “If they try to interfere, this becomes a much simpler matter…”

The news was striking enough that by close of business Tuesday, both UBS and JP Morgan had upped their rating for Raytheon from “hold” to “buy.”