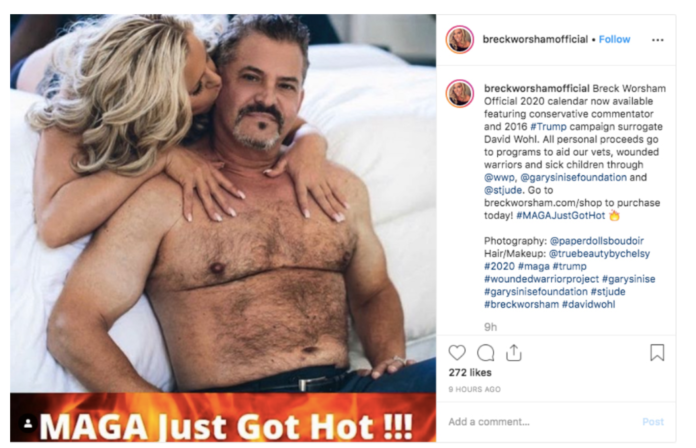 While mindlessly scrolling the internet instead of doing something productive, I accidentally stumbled upon Jacob Wohl’s topless father, David Wohl.

David Wohl, a loud mouth Trump supporter apparently tweeted photos of him and Breck Worsham one year ago.  The photos were deleted by Mr. Wohl but the internet never forgets.

Apparently the photos were for a “Breck Worsham 2020 Calendar” with all proceeds going to aid wounded warriors and vets.  And according to David, they sold over 12,000 copies (yeah right).

After staring at these photos for only one minute, I can’t seem to stop pouring bleach into my eyes.  Can somebody help me out here?