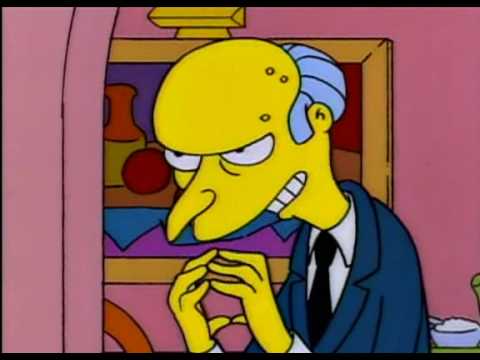 I’m halfway through my second semester at one of this nation’s preeminent business schools. Every day that I’m in class, I pinch myself. I’m surrounded by the smartest financial minds that this nation has to offer. The diversity of background is phenomenalâ€”from people leaving dead end jobs to people who were tossed out of their last jobs to affluent offspring looking to find themselves in their late 20s on their parents’ dime.

But the alphas on campus are the guys walking around in Patagonia vests, whispering stonk tips to each other (all multi-baggers, by the way), not getting laid (by their own choiceâ€¦ no time for women when you’re preparing to save the world from malignant management teams like Jack Dorsey and Twitter)â€¦ and judging everyone around them who doesn’t have an opinion on our librarian-turned-Fed Chair Jerome.

Some days, I’m able to play it cool and glean some tips. The fine men and woman of “Buy-Low-Sell-High Capital” seem to quote Jimmy Buffett’s geriatric and less musically-gifted brother Warren quite a bit. Warren seems to think that you should be greedy when others are fearful.

You’re probably asking yourself, “But how, Coach Carter? I’m just a lowly investment banker. How do I compound like a pro?

Given that our President can’t legally force you to buy stocks (at least not in his first term), I thought I’d share some tips and advice that I’ve picked up over the last few months on how best to do that:

1. Buy Berkshire Hathaway No Matter What! – Bill Ackman has ruggish good looks and a smile that says, “I didn’t get laid until I was 38 and if my net worth falls below $1BN, my wife will start banging the pool boy.” Today, he just trades stonks at a firm called Pershing Square (the type of place where the traders can’t figure out why they can’t pick up chicks on Tinder by asking them to play monopoly on a Friday night). Bill’s wife is one more dreary anniversary dinner at the Yale Club from having an affair, but Bill is also a genius! Investors pay him a 2% management fee to buy and hold Berkshire Hathaway. Other hedge fund managers were too afraid that LPs would ask questions and then take away their capital. Not Bill. He bought Berkshire and continues to collect these fat feesâ€¦ He was greedy when others were fearful

2. Buy Oil Stonks – Oil is $30/bbl and the Russians and the Saudis both want to screw North American producers. Stonks are down 99% since 2008 and ROIC is -92% since 2008. While the whole sector is scared, my noble Compounder friends are tucking their boners into their khakis. You should follow their example. Maybe it’s not oil, but whatever the sector is, you should look for the biggest imbeciles in the space and throw money at them. When you back a genius, he can’t do better than genius. When you back an imbecile, he can always get smarter.

3. Buy the Dip – While we’ve had recessions before, this was before we invented things like Silicon Valley, SaaS, China and 0% yielding Greek bonds. When you see a blue-chip stonk like Tesla falling 10%, don’t panic. Just remember, there is a compounder on the other side of that trade, buying it up and being greedy when others are fearful.

4. Never Look at Your Portfolio – Warren taught me that when your stonks are sinking, the market is on fire and the thesis is impaired, you should go watch a movie or tend your garden (or read a book, if you must). It’s probably good advice – management is probably busy at work, patching up the ship with a 200-1 reverse stock split.

5. Buy Frontier Markets – A good compounder knows that the best ideas are hidden under rocks and the most valuable rocks are often in countries without roads (imagine what a multi-bagger your investment in a Bangladesh sweatshop could be when the local warlord finally gets around to paving a road!!!). Why are people so afraid of investing in the Ivory Coast or Kazakhstan? Some of it probably has to do with illiquidity, but I think a good bit of it has to do with racism. People are afraid of what they don’t know and most have never met a Kazakh. This, my friends, is nothing if not an opportunity. Be more like the warlord and less like the sweatshop worker. Be greedy, not fearful.

6. Buy Any Stock Tip from A Hedge Fund Manager Who Posts Under His Own Name on Twitter – There’s a reason that the all-time greats like Warren Buffett, Carl Icahn, Robert Smith and Bernie Madoff don’t post on twitter. It’s because they’re too old. When you spend time sharing your multi-bagger investment ideas on Twitter, you don’t have enough time to do research, which means you likely won’t come up with any reasons to sell, which circles back to my original point, which is that you won’t have a reason to be fearful, which means that you’ll always be greedy.

Class has unfortunately been canceled, but I’ve set up coffee chats with the second years in my school.  They are so worldly and knowledgeable that I’m sure they’ll share many tips with me.