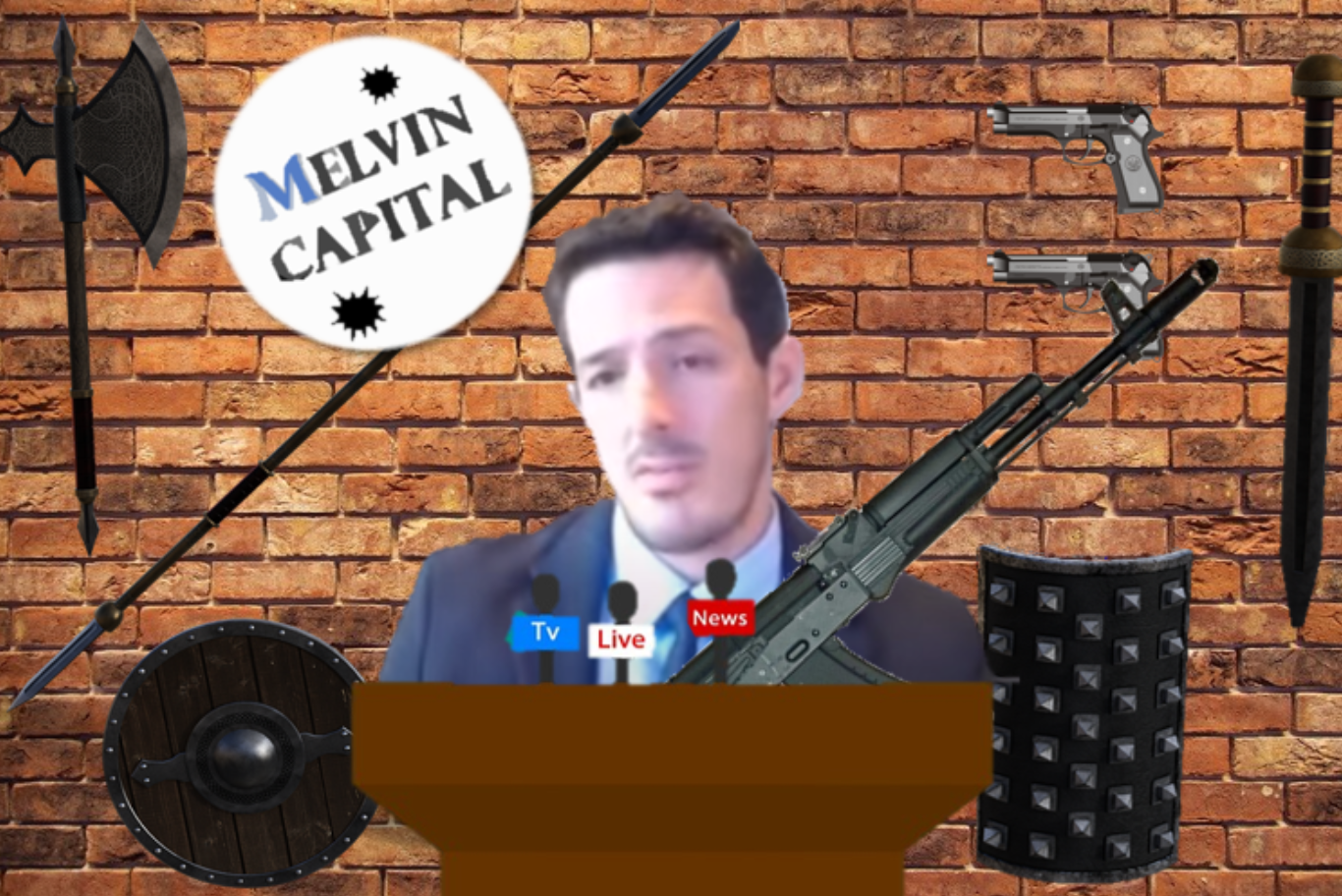 NEW YORK, N.Y. – Investment Manager and infamous GameStop short-holder Gabriel Plotkin minced no words Thursday announcing to retail investors that he intends to defend his firm’s positions using any means necessary, including lethal force.  Standing in front of Melvin Capital’s front antechamber, Plotkin announced to the press his intention to turn to violence to stop the rise of GameStop while holding a fully loaded Kalashnikov rifle.

“I told you idiots back in January that GameStop succeeding is not an option,” Plotkin said, speaking directly to the retail investors that have propped GameStop prices back up over $100 Thursday. “We shilled CNBC, we halted your buying, we even ran a silver-squeeze disinformation campaign and none of you stopped this madness. If you won’t listen to transparent market manipulation, then perhaps you will listen to lead! When the looting starts, the shooting starts!”

Melvin Capital was reportedly down 53% in January due to losses stemming from the firm’s extensive short position on GameStop, and was against the ropes until the firm was bailed out by Ken Griffin’s Citadel and Steve Cohen’s Point72 funds. GameStop stock sunk through most of February leading some hedge funds to lever-back up on short positions betting that reddit users would lose interest in the meme and the stock price would return to near its 52-week average.

That strategy appeared to be working until meme-market oracle Keith Gill (a.k.a. Roaring Kitty or u/DeepFuckingValue) doubled down on his investment Tuesday which sent GameStop flying from near $40/share to over $150/share Wednesday night. Market observers worried that if hedge funds indeed did reup their short positions, they may be in for a second, possibly fatal hit if the stock price continued to soar.

In any case, it appears that at least one investment firm is prepared to take the problem off the exchange floor and into the streets.