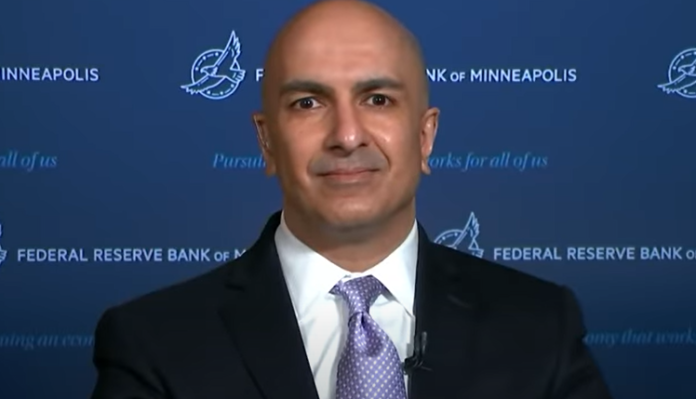 Neel Kashkari, commonly known as Kneely Dan, was taken into custody earlier today under suspicion of murdering the US Dollar.

The now former Chair of the Minnesota Fed was reportedly seen “kicking and screaming like a toddler without a toy” as he was dragged out of his home in Minneapolis according to one bystander.

The news comes much to the amusement of the financial community, who have lauded the arrest as a triumph of sensibility over short-termism. One portfolio manager, who holds BA, CFA and ACCA accreditation but chooses to remain anonymous, said:

I’m glad that Neel is finally behind bars. There’s a reason we called him Kash and Karry. The dollar has been permanently debased and I’m having to use Big Mac vouchers at shops now. I hope he learns the value of currency when bargaining for his life in jail.

Not everyone agrees, however.

Warren Buffett, who recently went senile and bought a major stake in gold-mining prior to turning 90, said:

“The S&P is down 35% and the Dow has taken a hammering. I always said never bet against America, but without Neel, the US is dead. I might as well give up investing – that Dave guy does it better anyways.”

US markets will continue to remain turbulent as Fed Chair Jerome Powell is expected to announce a 9:1 split on the US dollar to curb concerns of inflation.