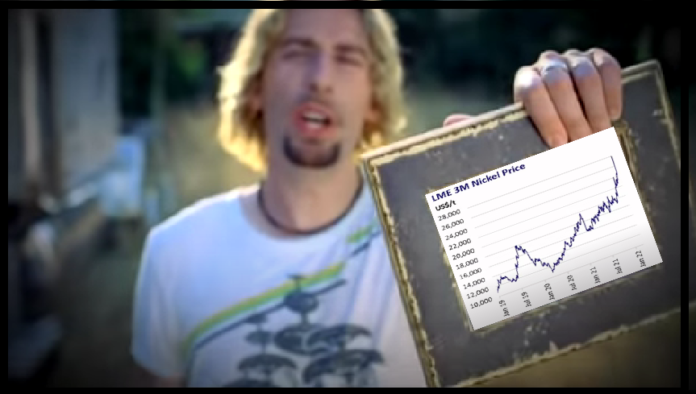 Nickelback, once a successful band in their heyday now only plays at small clubs in dingy bars in the Midwest. They have been ridiculed and humiliated worldwide being known as “the crappiest band ever”. But now as they see that nickel prices are souring to the moon they might do a comeback tour.

The tour will be dubbed “Nickelbacks Redemption Tour”. They are planning to tour in every state and do a few stops in Europe (WW3 permitted). Front man Chad Kroeger even said he would be honored to play again. He said that the last time they toured they were booed at every venue. He described his last tour with Nickelback to be absolute hell and he cried and poop his pants every night while trying to sleep.