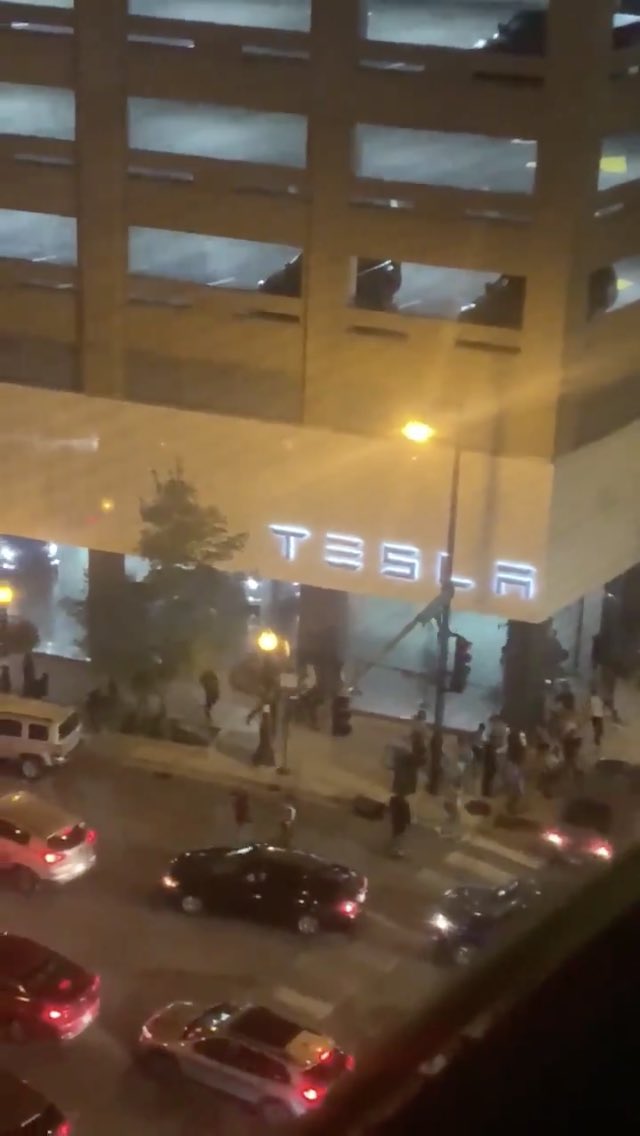 CHICAGO – With unemployment nearing all time highs ‘peaceful protesters‘ across Chicago Land looted a Tesla Dealership to get loaves of bread.

“We need to feed our family,” Jordan Belfront a single mom said while holding 15 boxes of Gucci shoes in one arm.  “Without these ‘loaves of bread‘ my children would starve to death.”

Thousands of peaceful protesters carried ‘loaves of bread’ out of Saks Fifth Avenue, the Tesla Dealership and the Neiman Marcus Mall in downtown Chicago last night.

In a press conference this morning Lori Lightfoot called in the National Guard to arrest residences from Lakeview who gathered at the beach.  The Burberry store on Michigan Avenue reported that every loaf of bread they had was stolen.