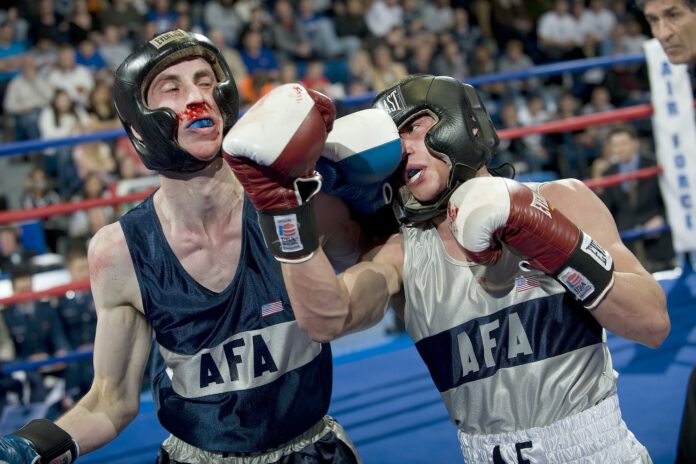 A bill was proposed by Senate Republicans today titled Equal Rights, Equal Fights.  It is a provision that will legalize organized dueling, whether by sword, gun, or hand to hand combat, or thumb war.  The only prerequisite is that you must reside in the same tax bracket as the potential opponent you would like to challenge.  With government elections being decided by a UFC style fist fight.

It lays out procedures for when a man, or woman accepts a duel and loses, the entirety of their assets are forfeited to the victor, as well as claim to any positions held (exe. executive board or government positions).

Odds have already been posted for the presidential election denoting Biden at 20:1, based on his use of adult diapers and the possibility of forgetting what is going on during the fight.  Local municipalities are taking bets on smaller races in order to raise funding for local causes, saying that odds will be denoted to assure profits from betting.

Dave “The Green Hammer of Death” Portnoy wasted no time on the matter, and immediately sent out hundreds of challenges to various prominent individuals, man, woman, something in between, and man-child alike.  Justin Beiber was the first target, with Dave commenting that he “could beat that little *female dog* boy black and blue while wearing 40 lb ankle weights and a blindfold made from Kate Upton’s *under garment*.”

Of course, denying a challenge is absolutely possible, but you will be put onto The Federal Registry for Pussies, denoting the amount of declined challenges, challengers, and a comment from the challenger about your failure to be a man, or woman.  A leader board will be created showing the most cowardly of our country.