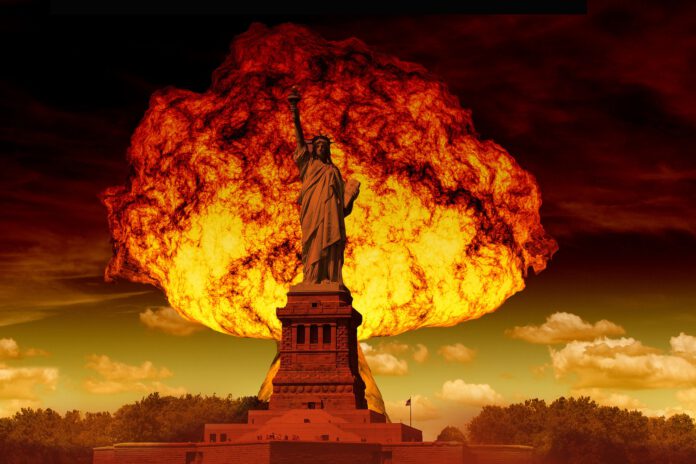 DETROIT, MI and ATLANTA, GA – Rocket Companies (NYSE:RKT), parent of Rocket Mortgage and Quicken Loans, is on a roll. In just the last few weeks, Rocket completed a successful IPO on the NYSE and received tremendous positive publicity for sponsoring CNN’s (NYSE:T) ongoing coverage of the Republican National Convention.

Now, Rocket Companies has reached an agreement to be the exclusive sponsor of CNN’s coverage of the “next major national atrocity,” whatever it may be. Jay Farner, CEO of Rocket Companies said, “this is truly a great opportunity for us here at Rocket. Whether it’s an earthquake, major hurricane, terrorist attack, widespread riots, tsunami, The Purge, asteroid strike, nuclear explosion, pandemic causing immediate death to the infected, uncontrollable firestorm, or sinkhole swallowing all of Florida, we’re going to make sure that the millions of CNN viewers associate that pivotal moment in their lives with Rocket Companies.”

Petra Malenick, SVP of Advertising Sales for CNN, added, “my understanding is that based on the incredible feedback they received for sponsoring the Republican National Convention, Rocket Companies wanted to lock down exclusive sponsorship of the next major national atrocity as quickly as possible. While none of us can predict when this massive loss of life and property will come, Rocket Companies will be featured in innovate split-screen and bookend coverage, and will be highlighted in online content as well. There’s no better time to be advertising on television than when a nation’s eyes quite literally cannot look away.”

We spoke with Rocket Mortgage customer Emily Shiller who recently closed on a new home in Reno, Nevada. When asked whether she thought this sponsorship might have unintended consequences, Shiller replied, “I don’t think so. I’m not sure there’s any possible national atrocity that could be worse than my experience getting a Rocket Mortgage. They’ll probably make the extinction of the human species, or whatever it is, look better by comparison.”