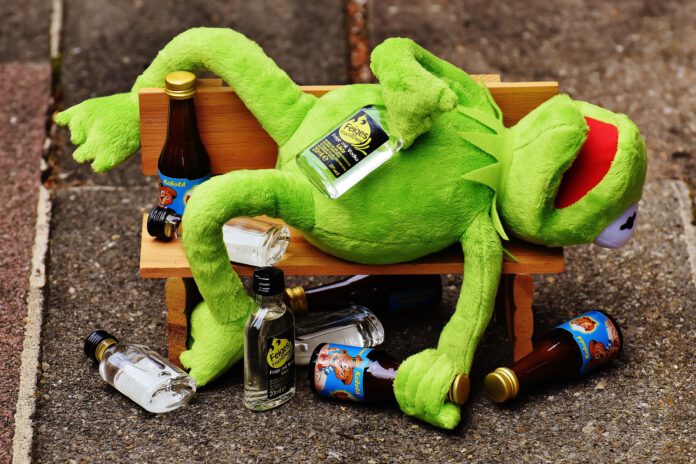 THE FED – Stocks crashed Friday after Jerome Powell was found drunk passed out on the toilet.  While passed out drunk from too many King Cobras, Powell forgot to turn the money printer on.

“I knew something was wrong when futures were red,” Neel Kashkari stated.  “The only time futures go red these days are when Powell gets drunk and forgets to turn the money printer on.”

When the market opened on Friday tech stocks collapsed, bringing the rest of the indices down with them.  By mid-afternoon trading the NASDAQ was down over 5%.

“We called Powell over a hundred times but it just went to his voicemail,” Kashkari said.

The fail safe for a drunken Powell is the Plunge Protection Team.  But given the Labor Day Weekend Holiday, the team was nowhere to be found.

Stocks began to recover towards the end of the trading session as Jerome Powell was awoken from his drunk slumber.  Investors cheered as they rotated their capital back into safe haven and blue chip Tesla.