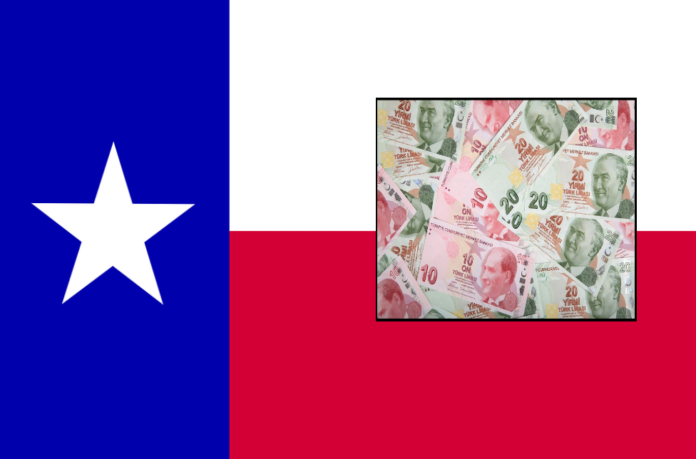 Texas, now South Central American Republic (SCAR) after declaring their Secession immediately realized running a country was harder than it looks. In a move of desperation they built an alliance with Erdogan of Turkey to help prop up their new failing currency. “If anyone knows how to think creatively in international finance, it’s him.” Said newly sworn in Governor come Chancellor, Greg Abbot. Who also immediately recalled his National Guard troops from protecting DC to instead guard their northern borders from mass migration by its citizens.

“We’re getting out of here right now!” said Thomas Covington, former Texan and escaping South Central American. “Abbot ain’t payin no stimmys, I know that. So we applied for temporary refugee status,” Covington said before boarding a bus to Portland, known for its favorable conditions for economic refugees.

In a surprising turn of events, the border surge has completely stopped as South American refugees reconsider their options in light of the collapsing SCAR currency. In the rush to roll out monetary policy, they have gotten rid of hard money and now all transactions are completed in West Texas Intermediate Crude. “I just can’t figure out how to store this stuff,” said register clerk at the Houston Piggly Wiggly. We keep ordering mason jars, but the stink of raw oil is unbearable, not to mention Timmy broke his leg slipping on a payment yesterday.”

In another ironic twist, Texans are now importing the once reviled surgical masks from their northern neighbors in droves. “I ain’t afraid of Covid, I mean it did kill my grammy, aunty and litl’ sissy, but I’m wearing this here N95 ‘cause of this damn oil smell.” Billy Bob Knight said on his way for cigarettes in San Antonio.

Abbot could be seen white faced and pale after analysts from the University of Texas informed him of the inverse relationship between Turkey’s high bond interest rate and the strength of their economy. “I thought they were brilliant, who doesn’t want an 18% return,” he could be heard babbling through the halls of the Capital building, now “Chancellor’s Fortress.”