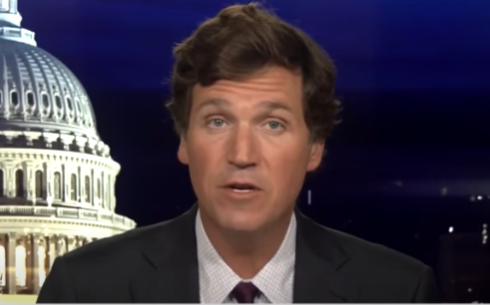 Tucker Carlson is under fire after the controversial Fox News host made comments on air degrading actor Alec Baldwin, who made headlines after firing a gun on set of his upcoming movie ‘Rust’ that killed one and injured another.

Carlson stated on air “Alec Baldwin shooting that gun was kind of badass, would of never expected a leftist much less Alec Baldwin to be capable of discharging a firearm much less taking another persons life. However, this shows how disconnected the radical left is from reality. If Baldwin had been a little less woke and more in tune real life this careless tragedy could of been avoided” Carlson stated.

Many people called out Carlson, stating his comments were insensitive to which he replied “Suck my big fat left nut.”