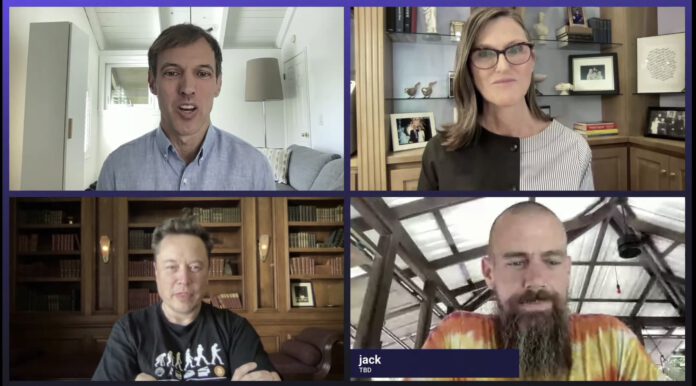 On a podcast entitled The “B” Word a virtual round table of the most powerful people in the cryptocurrency space spoke on their current views of Bitcoin and related crypto. The round table featured Elon Musk, Cathie Wood & Jack Dorsey.

Musk and Dorsey have known differing views of Bitcoin, while Musk is a supporter of Bitcoin he has reservations, so much so that he stopped accepting Bitcoin as a currency with Tesla. Dorsey is on the opposite end of the spectrum, he is your typical chad permabull. Dorsey revealed on the podcast his entire liquid net worth is in Bitcoin shocking Wood and Musk. When asked by the moderator why he is so bullish on Bitcoin Dorsey stated

“Funnily enough an LSD trip made me realize the power of Bitcoin, a completely decentralized currency free from government intervention is an incredibly powerful tool. In countries where dictatorships are run, this gives people an opportunity for anonymous financial freedom. When I had this realization it was possibly one of the most important ones of my life which is why I have made it my mission to fully support Bitcoin. Also I don’t report my earnings, so the IRS can blow me.”