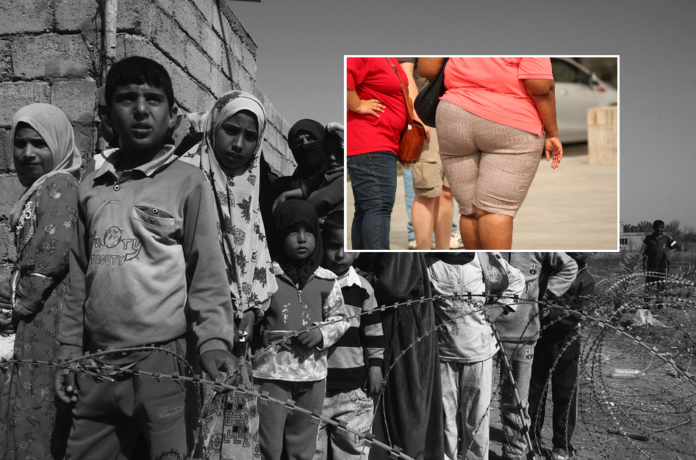 The obesity pandemic in the United States has been a problem for some time.  The average waistline for men and women are 40.2″ and 38.6″ respectively.  In accordance with Coronavirus protocol and prevention, the United States government has decided to switch to a command economy in order enforce reductions in food consumption.

Jen Psaki, the press secretary for the White House, recently stated on Feb 1st, “We have observed that the overweight pandemic in this country has led to increasing coronavirus deaths and have therefore decided that the best course of action is to create a command economy and begin rationing consumption.  There has never been an overweight or coronavirus crisis in communist countries, and as a matter of public health we shall follow their example.”

This is an unprecedented step in American politics.  A communist society will allow for the strict rationing of supplies, reduce economic disparity, and create equity among our population.  Diets will be strictly enforced according to NHS officials.

“We have found a solution to all the world’s problems.” – Dr. Anthony Fauci

Some representatives and governors signed a joint letter of dissent claiming, “We hereby declare the actions of the president of the United States to be in violation of the constitution, illegal under numerous laws, and an egregious over-extension of governmental power…”

They relayed these opinions on Monday, Feb 8th, and have not been heard from since.  Party leaders said that the dissidents have requested “extended leave” and will not be returning to their duties for some time, if ever.

Vodka has been declared the national alcohol, and the stars on the flag have been replaced with many soviet hammer and sickles. The market has stabilized for the past two weeks, growing at a rate of .03% daily (11.6% annual) without deviation and not a single company has seen price decreases since.  Revenues have stabilized accordingly across the board and the economy will be “forever bullish” according to Janet Yellen.  This is an economic marvel and the genius of the government cannot be understated.  No criticisms from the business sector have been aired publicly and China has applauded the humanitarian efforts of this administration.