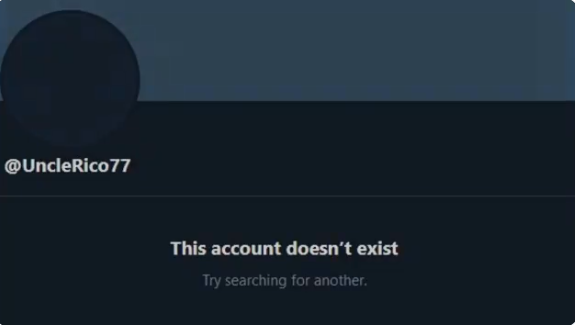 A disappointing evening turned into a horror story morning when FinTwit found out that the vanished Uncle Rico was actually murdered by his own wife.

For those not keeping up with the story, Uncle Rico, known for getting drunk at the local Hooters before noon vanished off FinTwit last night.

Rumors immediately began circling that Rico’s disappearance was due to his compliance department at the hedge fund he worked at finding out about his Twitter account.

But apparently Uncle Rico was fired from his position at his hedge fund 13 years ago for getting drunk in the bathroom.  And his compliance department was actually his wife, who ended up murdering him for sending pictures of his Greg to seven thousand different accounts.

A ceremony is being held for Rico at the local trailer park.  17 of Rico’s baby mama’s will interact and figure out they were not the only baby mama for the first time today.

A invitation link to the ceremony can be found in the tweet below.

Fat, drunk and stupid was no way to go through life, Uncle Rico. pic.twitter.com/2jQ0RgIkeY