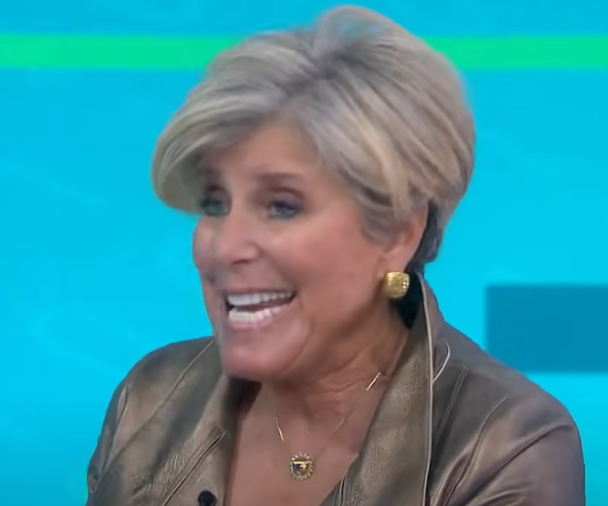 NEW YORK — A terrible shriek filled the conference room of a midtown Manhattan skyrise. That scream was followed by the quiet sobs of a small focus group of 5 year old children cowering behind a table in the back.

In the front of the room, wearing a glaringly white pant suit, was Suze Orman, smiling with all 32 of her glaringly white teeth. Her eyes bulged eagerly from their sockets, inspiring terror in the hearts of all the children in the room.

The childless Orman who once described herself as a 68 year old virgin, was sent to our offices at The Stonk Market to work on improving her likeability with younger children, a demographic that has always feared her.

We hired an expert who just so happens to be my brother, Arthur Collins of the Cash Boys, to give her some tips to improve her rapport with the young ones. In almost no time, Collins noted that smiling with all 32 teeth was likely the reason that children were trembling uncontrollably in the back of the conference room.

“You might want to consider smiling with fewer teeth,” Collins suggested.

“How many teeth should I show the children in order to gain their trust?” Orman asked.

Suze Orman complied and folded her mouth into the shape of a smile you’d see on a regular person. The children, however, continued to whimper helplessly.

“I guess it’s just your personality and the way you carry yourself generally speaking that makes these children so afraid,” Collins continued.

“Can I fix my personality?” Orman asked.

“You can do anything you put your mind to, Suzie,” Collins responded.

Orman and Collins high fived each other and left the room. The frightened and snivelling children slowly rose from their huddle and crept out of the room into the loving arms of their parents waiting at the reception.