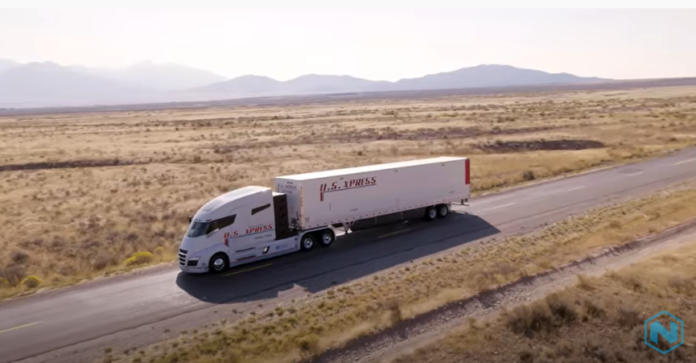 Typing furiously with sweat pouring down his forehead, Dan Ives of Wedbush Securities sees more than 50% upside on Nikola.  “The hill is worth at least $30 billion,” Dan mentioned in his update.  “This is a hidden asset the street is missing.”

Nikola sold off late last week after Hindenburg Research released a research report depicting an alleged case of fraudulent activity.  The most pressing evidence Hindenburg uncovered was the Nikola One in motion video.

In 2018 Nikola posted a video to YouTube called “Nikola One Electric Semi Truck in Motion”.  The video shows the “hydrogen electric” truck “driving” down a two-lane highway.

Hindenburg uncovered that Nikola had towed the truck to the top of the hill and let it roll down for “show”.  After the report Nikola dropped a press release saying how the truck wasn’t functional but driving under its own propulsion or “in motion”.

In what looked like an end for Nikola with the stock down over 10% Monday morning, reversed sharply on Dan Ives’ note.  In the note Dan values the “Nikola Hill” at over $30 billion.

“Look,” Dan stated.  “This hill is a hidden asset Wall Street is missing.  The net present value is at least $30 billion.  And that is using a 69% discount rate!”

In other news, a drunk driver crashed through a group of senior citizens this afternoon.  The drunk driver was released after saying his car was “in motion” and was not his fault.