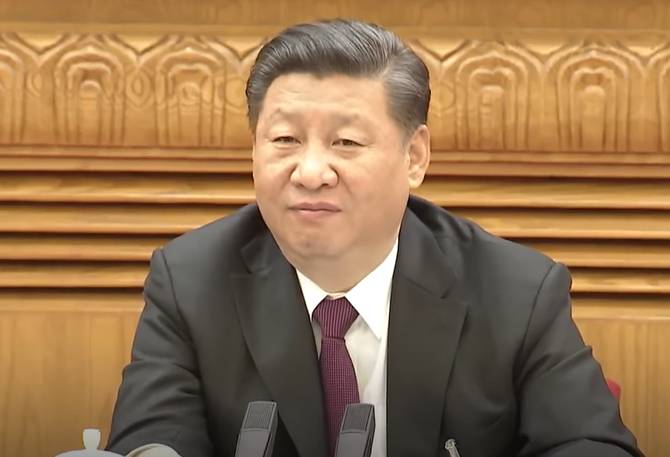 BEIJING, China – China’s President Xi Jinping is facing blowback from party leaders Friday following his revelation that he forgot the 12-word phrase used to unlock the country’s budget surplus stored in an encrypted digital Yuan wallet. The move to a digital currency was originally touted by the country’s leadership as a method to combat black-market activity and subvert international sanctions, but the full-speed implementation appears to have led to quite a misstep as China now faces a budget deficit measured in the trillions of dollars.

“What is important to remember is that this fault of U.S. corporations,” said Jinping, “I took a screenshot of the phrase on my iPhone, but I accidentally deleted it when I meant to send a funny meme to Vladimir. Apple and other U.S. manufacturers must be held accountable.”

Cryptocurrency experts do not recommend saving your wallet passphrase on your phone. Most experts advise that holders write down their passphrase on 11×17 cardinal red construction paper with UV sensitive ink, place the paper inside a biometric safe bought out of state with cash, and bury the safe in an unmarked hole at least 5 hours by foot into the Chihuahuan Desert. These simple steps greatly increase the likelihood of securing one’s access to their crypto assets.

“He clearly made a mistake,” said cryptocurrency investor and humanity short-seller Peter Theil, “but to be fair many new crypto users make the same mistake and learn from it. When I called Bitcoin a Chinese financial weapon, I didn’t realize they might accidentally use it on themselves.”

Computer scientists argue that even if he forgot the phase, brute-force cryptology could provide a means of recreating it. Unfortunately, the ongoing chip shortage could slow the effort as it will take approximately 500,000 GPUs 10,000 years to correctly guess the phrase.