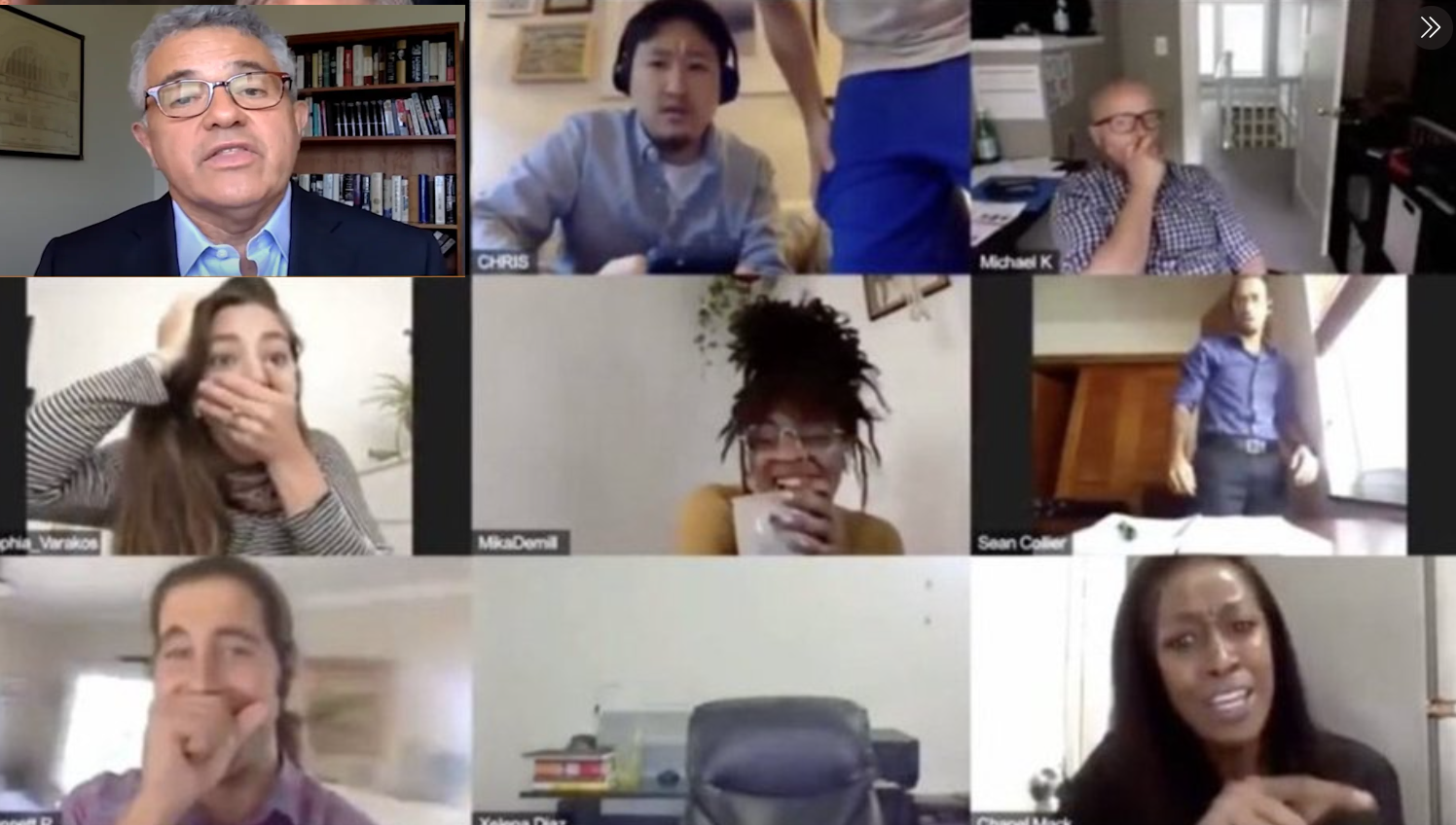 SAN JOSE – Speaking from excitement on a conference call, Eric Yuan, Zoom CEO stated, “we are excited to announce the acquisition of OnlyFans.   The incident with Jeffrey Toobin showed us there is a significant amount of synergies between our two companies.”

OnlyFans is an adult website that allows users to sell raunchy images and videos of themselves to paying members.  The site went viral in the Spring of 2020 when the Federal Reserve began injecting money into popular OnlyFan content creator accounts to “simulate the economy”.

Zoom Communications released an 8-K this afternoon with a $69 billion purchase price for OnlyFans, paid in cash and stock.  Management expects the acquisition to be immediately accretive to earnings.

“After the Jeffrey Toobin tugging incident, we realized how valuable our software is,” Yuan stated.  “Not only can our software be used for corporate meetings, but also in the adult film industry.”

Analysts rapidly upgraded Zoom Communications to a massive buy.  One analyst from Goldman Sachs got so excited he began ripping zaps off his secretary’s behind on a Zoom conference call.

In addition to the OnlyFans acquisition, Zoom announced that Jeffrey Toobin, 60, was hired as the new business development analyst.  Toobin will be directly responsible for growth in the newly formed “Tugging” segment.