The Stonk Market
Home Business 13 Charged in Botched Attempt to Kidnap Michigan Governor and Force her... 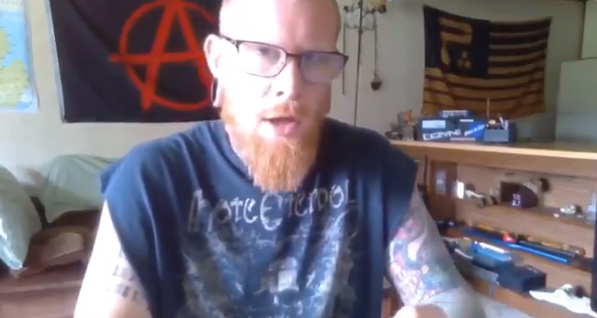 The FBI quoted the accused saying, “Whitmer has no checks or balances when it comes to her Robinhood trading account.  She has dumped the entire Michigan budget into OTM Calls and has even begun selling Flint Water to the poors so she can buy more stocks.  To teach her a lesson we planned to kidnap her and force her to watch 10,000 hours of Jim Cramer screaming.

The 13 arrested members of the Wolverine Watchmen planned to drive to Illinois and the remaining leftist states with unhealthy balance sheets and perform the same act.  “I feel it is our duty as American citizens to force politicians to watch Jim Cramer screaming if they screw up the state budget,” Brandon Caserta, the ring leader of the group stated.

This is a video of Brandon Caserta, one of the ringleaders of the group of men arrested for a plot where the group planned to kidnap Governor Gretchen Whitmer. Caserta has an anarchist flag behind him and in YouTube videos trashes police. He’s not a Republican, he’s an anarchist. pic.twitter.com/J1vE2qGYL7

The FBI has been tracking the militia group since March after a local police department learned the group was pumping penny stocks in a discord group with Stan the Trading Man.

“I wouldn’t wish upon my worst enemy to watch 10,000 hours of Jim Cramer screaming,” an FBI agent stated.  “I’d rather get my nuts caught in a meat grinder.”