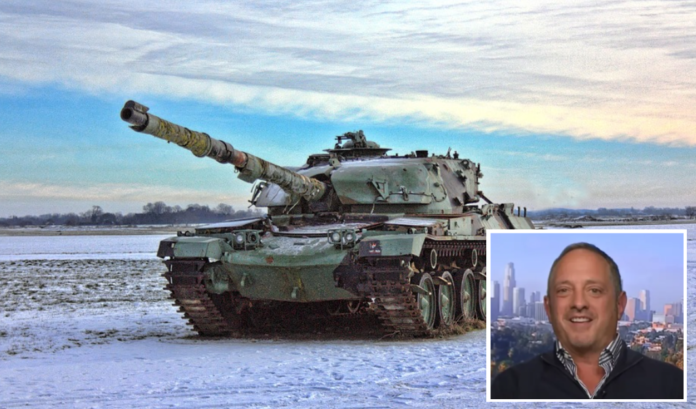 WALL STREET – After establishing a new short position in Limoneira Company (“LMNR”), Andrew Left of Citron Research reportedly stole an M1 Abrams tank.  “I’m creating my own catalyst,” Andrew Left stated in a note on his popular website.  “By sundown I’ll be in Ventura County ready to burn every lemon tree to the ground.”

Communications with Andrew’s Chief Compliance Officer indicate that Andrew has had it out for Limoneira for years.  “Limoneira sells lemons,” Jeff the CCO stated.  “And our logo is of a lemon.  Andrew claims it’s copyright,” Jeff sighed.

Ventura County has been in full out panic mode for the past hour.  One anonymous source stated they saw Left plowing through cars and screaming like a madman on U.S. Route 101.  Another man stated Left threw a Molotov cocktail at the lone lemon tree he had in his yard.  And yet another said they saw Left laughing like a maniac after blowing up 200 acres of newly planted lemon trees.

Whatever the outcome, the term activist investor is forever changed.  Experts predict Bill Ackman will start leading rioters in New York city to benefit his shorts.  Others think Carl Icahn will purchase nukes from the U.S. government to wipe out his casino competitors.  And even Warren Buffett is expected to start secretly putting arsenic in Pepsi products.