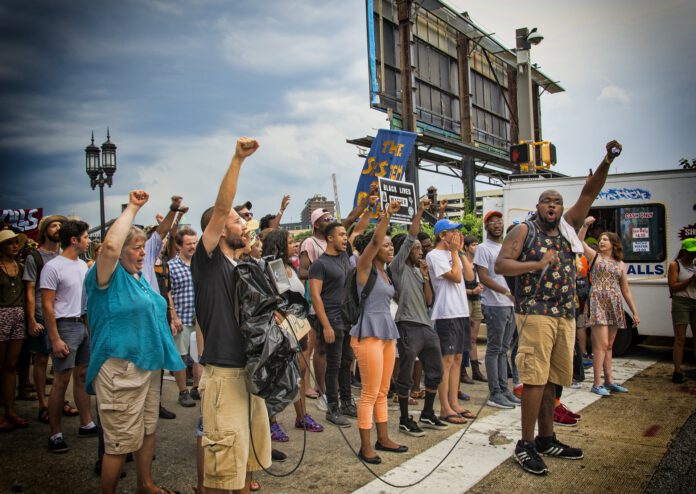 A group of 25 students from Emory University in Boston, Massachusetts, took to the streets with handmade signs early Friday morning to protest Black Friday. Or as they call it, “Bl*ck Friday.”

“I mean… It is the 21st century…” Eryk, one of the visibly frustrated protesters, told reporters. “There is simply no reason that we need to be calling it ‘Black Friday.’ It is bad enough that this mosh pit of late-stage capitalism even exists—but that name takes it over the edge.”

The consensus amongst the group appears to be that they felt the corporations behind Black Friday should have consulted influential groups, like the NAACP and National Urban League, in the African-American community as to whether or not they were comfortable with the name.

“There should be no representation without consent. Yet another case of the white man coopting something from the African-American community,” explained Delilah, another Emerson student. “It saddens me is all… Exploitation might be white people’s only real tradition.”

As with any protest, there were a couple of bad actors in the mix, including two young gentlemen who were shunned from the group after missing the mark with their ‘Black African-American Friday’ signs.

Local business owner, Jim Jordan, who runs an electronics outlet that was damaged by protesters was saddened by the events—and told The Stonk Market, “I am trying to be open mind, but honestly, I have not a clue what these fucking kids are talking about… I’m just trying to sell a couple extra TVs so I can take my grandkids on vacation this Christmas.”