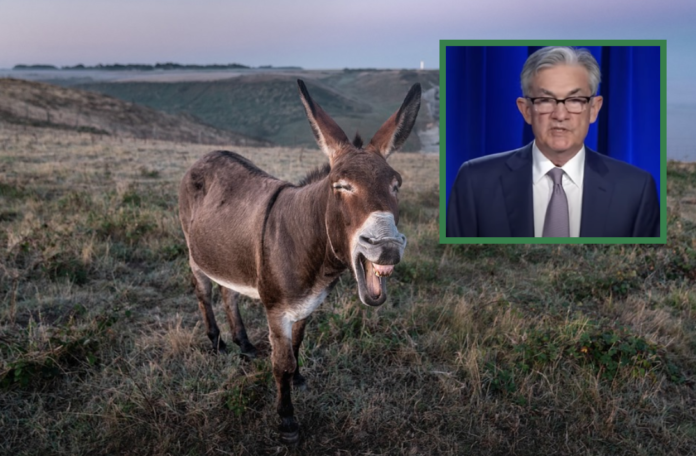 Jerome Powell, Chairman of the Federal Reserve appointed by former President Donald Trump in 2017 has announced he has registered as a Democrat, likely a move to put him in President Biden’s good graces pending his upcoming term expiration in 2022.

J. Pow stated on Twitter “I am now ready to come out as a Democrat, I have long voted Republican, but no more at 68 years of age I realized this is who I am truly am. #BLM”

After posting this statement, his Twitter account was quickly updated with his pronouns, a LGBT pride flag, and he posted a picture of himself enjoying a margarita.

It is unknown at this time of Biden is considering re-appointing Chairman Powell following this news, but it is long been rumored that Biden wants him out, perhaps a reason for this sudden change of heart for J. Pow