Sue, Dave’s wife of 15 years said, “I had no idea my husband was buying some coffee company I have never heard of.  We have always been conservative dollar cost averaging investors focused on index funds – not individual stock speculation.”

Sue found out about Dave’s purchase of Luckin Coffee on April 2, 2020.  It was too late.  On April second, Luckin Coffee’s board initiated investigation into a $300 million potential fraud.

What Dave did on April 2nd shocked the small Florida community he lived in.

“I don’t know what it worse, Dave losing our entire life savings or what he did after losing the money,” Sue stated.

On the afternoon of April 2nd, Dave walked into a local Starbucks and poured hot coffee down his pants while screaming profanities about the Chinese.

“I seriously thought I was having a nightmare,” Grace, a barista at the Starbucks said.  “This man ordered two Grande sized hot coffees and when he got them, he poured them down his pants on his crotch.”

Bystanders at the Starbucks said Dave was screaming how no one should ever trust any Chinese data.

“This man was awfully pissed about some fake Chinese data and coffee company I have never heard of,” a bystander said.  “If you ask me even a three-year-old would know all Chinese data is made up.”

Dave proceeded to perform the same act at 15 different Starbucks that afternoon.

“By the time we caught the â€˜Coffee Crotch’ man he had already poured 30 hot Grande coffees on his crotch,” a police officer stated.  “I swore I could smell flesh burning.”

Dave is being held in a local jail for disturbing the peace, recklessness and public drunkenness.  Bail is $420,000. 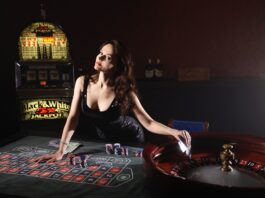 What Major Technological development is slated to impact the gaming industry...