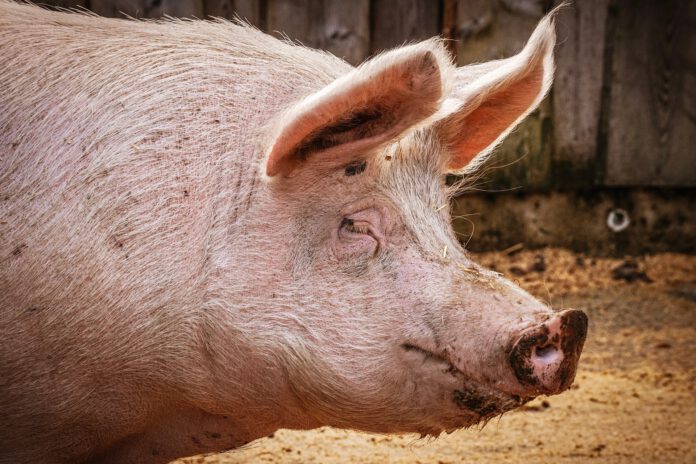 BREAKING – In what comes as a massive breakthrough in Neuralink’s technology, Gertrude the pig sent brainwaves to scientists telling them to short Tesla.  “I didn’t know what I was reading at first,” Walton Smith lead scientist at Neuralink stated.  “But when I figured out Gertrude was telling us to short Tesla I called my broker and backed the truck up.”

On Friday afternoon Elon Musk unveiled to the world a pig with Neuralink’s chip transplant in it’s brain.  According to Musk, the pig named Gertrude has had a Neuralink chip in it’s brain for two months.  The goal is to implant chips in human brains, solving aliments such as brain damage, depression, anxiety and even addiction.

It came as a shock when Gertrude’s brainwaves told the scientists to short Tesla.

“I wasn’t expecting Gertrude to tell us to short Tesla,” an unnamed scientist said.  “In fact I wasn’t expecting anything.  This whole brain chip is thing is dumb.  There is no way anyone is going to consent to get a chip installed in their brain.”

Kevin Myer, an employee at Neuralink, said they all started buying put options on Tesla.  “The brain waves this pig was sending was cryptic and disturbing.  Gertrude kept saying how the accounts receivables were the Achilles heel.”

Then everything stopped.  “Gertrude’s head exploded when she tried to figure out what discount rate to use on Tesla.  It was a bloody mess.”