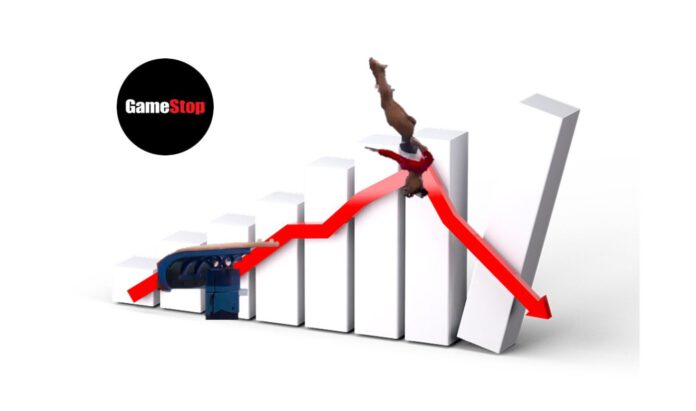 TOKYO, JAPAN – The most decorated American gymnast in history, Simone Biles, shocked the world earlier this week when she announced her withdrawal from the remainder of the Olympic gymnastics competition. While sportscasters and political pundits alike argued the move, a plucky securities analyst revealed Wednesday that the likeliest cause for Biles’s leave could in fact be seven-figure losses incurred by betting on WallStreetBets darling GameStop.

“Olympic participants are obligated to disclose their active trading positions,” said Ben Analysa, celebrity securities analyst for Deutsche Bank, “and Biles’s paperwork showed that she had sold over $500,000 of naked put options at strike prices in the high $200s for GameStop stock. This would cause anyone’s mental state, professional athlete or not, to deteriorate pretty quickly as the stock has tumbled close to 50% in the last 8 weeks.”

The options were written with a July 30 expiry, seemingly to coincide with the end of the Women’s All-Around Final. According to Analysa, it appears that Biles had planned to win her Olympic gold medals and the next day leave Tokyo a multi-millionaire. Unfortunately, due to GameStop stock price it appears neither dream will come true. If the price does not change course dramatically in the next two days, Biles will come home empty-handed and owing millions of dollars in losses when the options are exercised.

The revelations seem conspiratorial, but researchers at the Stonk Market have confirmed the assumptions and believe the theory has merit.

“When you look at her Amanar vault mishap, it coincides perfectly with GameStop future’s double-digit drop on July 25th,” said StonkMarket fact-checker, Blindy Magoo. “When the stock failed to bounce back on Monday, it spelled disaster for Biles.”

Researchers and sports fans alike may never truly know the cause of Biles’s episode of “the twisties,” but one thing is for certain: the hedge fund driven drops in GameStop’s stock price is well on track to claim another victim.