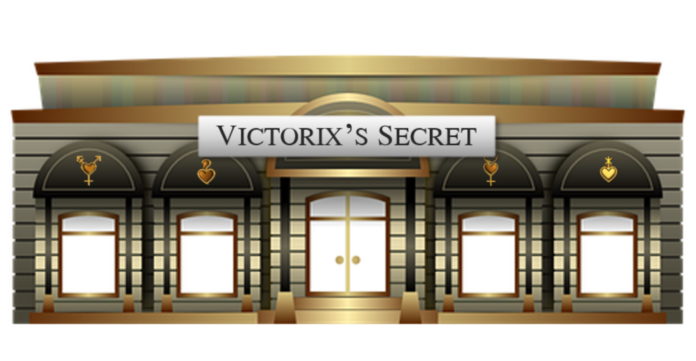 Correction: This article was originally published when there was only 59 genders and has since been updated to reflect the current count, 64.

COLUMBUS, OH – L Brands Inc. (NYSE: LB) flagship brand Victorix’s Secret announced Friday that it will be releasing new lingerie and undergarment lines for all 64 genders starting in Q2 2021. The struggling retailer formally known as Victoria’s Secret has been trying various pivots over the last two years to retain relevancy amid growing competition from online retailers. The move into the lucrative woke space pleased investors, bumping L Brand’s stock up over 5% following the announcement.

“Victorix’s Secret has provided women with fantastic and exciting attire since its beginning,” said founder and L Brands chairman Les Wexner, “but it’s time for Victorix to finally come out and proudly present perself under per true identity, a feminine-of-center pangender corporation.”

The company announced that Q2 earnings will be negatively impacted by the need to replace 20,000 signs across the company’s footprint to properly roll out the new brand spelling. Victorix’s CEO John Mehas said that though this one-time cost will hurt profits initially, it will end up paying dividends for years to come as the company would be broadening its customer based beyond women and creepy men to people of all gender expressions. L Brands hopes this will give them an edge against their main competitors.

“We know this move is controversial,” said Mehas following the announcement, “spending $100 million on a rebrand after closing over 300 stores and laying off thousands of employees in the past year. But I think we can all agree that allowing Victorix to express perself is the most important thing we can do at this time.”

Differences between the clothing designed for the 64 distinct genders are sparse. Designers have only just started to recognize the need to create clothing for different body types. Industry insiders expect that the initial rollout will include two different models of each type of clothing, which will then be offered in different sizes to fit people of any gender. Potential sizing options include waste circumference and inseam length for pants and simplified sizing such as “small, medium, and large” for shirts and tops. Most designers feel that these basic sizing options, when combined, should cover most if not all of the currently existing genders.