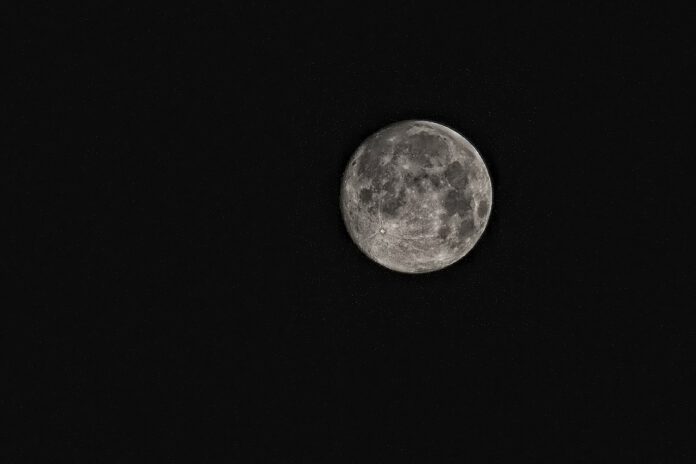 Honolulu, HI – A new report issued Wednesday projects that r/Wallstreetbets darlings’ GameStop (NYSE: GME) and AMC (NYSE: AMC) trips to the Moon could be a catastrophe as changes in the lunar orbit will disrupt their trajectory resulting in a crash of “unspeakable horror.”

Researchers at the University of Hawaii and US space agency NASA released a report Wednesday detailing how changes in the Moon’s orbit (so called “wobble”) is forecasted to combine with increasing global temperatures in the coming decade, causing unprecedented worldwide flooding. Beyond minor concerns about the impacts to billions of humans living within feet of sea level, the most urgent fear expressed in the report warned retail investors how the wobble may affect GameStop or AMC’s upcoming trips to the moon

The report unconventionally addressed these concerns head-on, concluding that “the analysis finds that despite the efforts of apes across the globe, no amount of hodling or MOASS will fix the disastrous trajectory of GameStop and AMC stocks from crashing directly into the lunar crust.”

Wall Street Bets and the Reddit community at large reacted to the news with doubt and skepticism.

“The itinerary for GameStop was set back in December of 2020, well before anyone knew about this so-called ‘wobble’ maneuver initiated by the suits,” said r/Superstonk user u/I_eat_analcreampies. “This is clearly illegal, and all will come to light when the squeeze hits and the whole SEC is arrested.”

Fact checkers doubt that the lunar wobble was initiated by hedge funds such as Citadel Capital, as the lunar wobble was first identified in 1632 by astronomer Galileo Galilei, but that has done little to stem speculation that adjusting the Moon’s orbit was ultimately a long-term play to thwart the memestock phenomenon of the past 10 months.

“This shit goes all the way down,” said r/WallStreetBets user u/Dr_buttsex. “It’s so obvious that NASA is now spreading FUD for the hedgies. If anything, the wobble makes GME undervalued because we are that much CLOSER TO THE MOON BOYS!!”

The users were not alone. Most responses to the report were largely rocket ship and gorilla emojis, but between the general posts of support there was little heeding of the dire warnings.

The report found even greater threat to cryptocurrencies Dogecoin and Safemoon. However, researchers noted that approximately 80% of investors holding these instruments have long since killed themselves and require no further warnings.