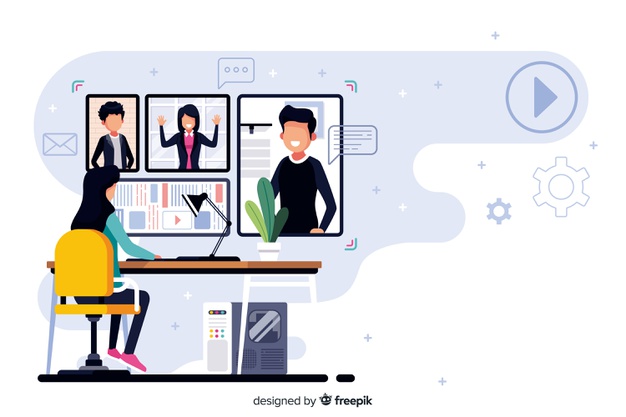 Boom Video, an early stage Collaborative Video Meeting Service,  was struggling, though their investors may not have known it.  Originally funded by The Fission Fund, they had just been through a Series C round, successfully increasing their valuation at each step.  Unfortunately, they had largely not penetrated the market due to intense competition from leviathans like Microsoft.  Series D would likely be unsuccessful, as the â€˜dumb money’ finally grew wary of the financial metrics they were using, such as PRECABITDAX (Pre-Customer Adjusted EBITDAX).  It was time for a home run.

The problem, like any tech-funded startup, is they really had no good ideas.  An all-hands meeting was scheduled for a dreary Monday in Seattle.  After several fruitless hours of silent meditation punctuated by bouts of Idea Slam Poetry, management allowed the first-year analysts their typical one sentence meeting input.  Analyst Tyler Greator, taking a second to look up from his phone, changed the trajectory of the business forever with a simple statement, â€˜How do we get more people to Work From Home?’.  The meeting took off.  Instead of fighting for market share, the company would grow the market massively.  But how to keep millions of people at home against their will?  The answer came from a VP who had recently watched a certain film on Netflix. â€˜Pandemic’.

A sales rep in Wuhan had mentioned in a previous call that there were rumors of a lab in the city that was conducting tests on a Virus borne from bats.  All of a sudden, the 50% allocated to R&D in the last raise had a home.  Boom would commission an elite strike team to infiltrate the lab and unleash on the unsuspecting public.  As for if this would be â€˜ethical’, management believed that this was for the greater good of their investors.

The next question was when they would release the virus, and they had to find a time when many foreigners were in town, to aid in spread.  Luckily, the World Memory Championship was being held in Wuhan from December 4th-8th 2019, ensuring that hundreds of unsuspecting dorks could be infected.  The plan worked perfectly and the rest is history.

Boom’s business exploded, at one point overloading the servers.  Growth was more than even their most optimistic projections.  It can be said that one member of management even mentioned the word â€˜PROFITS’ in a meeting.  An S-1 has been filed for an IPO, with proceeds going to build out critical infrastructure.  When asked about their tremendous growth, CEO Chip Roberts smiled and swung a fake bat saying, â€˜We knocked it out of the park’.